On Key Driver Analysis for CX 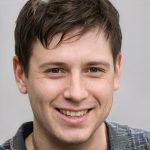 On key driver analysis for CX

Coming back to that text feedback and the causal machine learning applied. How should companies reliably deal with?

You could sit down and just categorize feedback by hand, which is fine as long as you have enough time and the resources to do it and you find people who never get tired to do this. The letter this basically a problem. You, as a human, you get tired. Also, when categorizing you learn and you change your mind over time. If you use another person for categorization, everything gets inconsistent.

But it should be consistent and reliable. This is where machine learning AI comes into play. There are basically two types of Texts Analytics AI. The systems you may know are unsupervised learning because 95% of systems in use are that. They basically find clusters themselves without training and human intervention.

They find meaningful clusters and these clusters are automatically named and without your contribution, they find it , so it’s very easy to do. BUT: We did a big study around it and found that this approach just has half of explanatory power, compared to when you categorize manually.

You don’t want to lose information. You want to drive important decisions from that. Just by the fact that you don’t have enough coders, you cannot sacrifice the quality. That’s at least my recommendation.

We searched further and further, and there are so-called supervised learning approaches, which is kind of a deep learning methodology where you train an AI to code like a human. You may know that for instance , Google can spot cats from pictures. Why? Because humans told them what’s a cat and what’s not, nobody knows how the Google deep learning does it actually, because it’s super complex it has millions of parameters, but it’s simply a black box predictor and that’s basically the same approach, you can do it with text. Finally we found the technology, which is often times even better than manual coding, because it never gets tired.

Also produce sentiment scoring, which is better than what humans can do. Typically humans are good at identifying the meaning. But to really say the tone of this sentence is very positive, very negative. It’s hard for humans to switch between the rational and the emotional part. The recommendation I would do, is to really use the best supervised learning approaches to categorize your text feedback, this means also the machine needs to be trained. Someone needs to sit down and teach it.